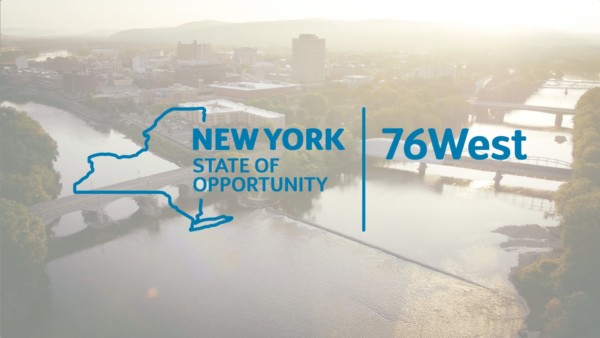 Ithaca, NY, July 2, 2018 – Empower Equity, Inc. (EMPEQ), an energy efficiency project investment and asset management company, has been selected as one of 20 finalists in the 2018 76West Clean Energy Competition. Sponsored by NYSERDA, 76West is an unparalleled competition focused on attracting high potential clean energy startups from across the globe to compete for $2.5M in prize money.

Going into its third year of competition, 76West has already provided startups $5M in prizes and launched incredible success stories in the clean tech field. Inclusion in the 2018 competition was celebrated by EMPEQ’s CEO Herbert Dwyer; he stated that, “Being selected as a finalist in one of our industry’s most prestigious and renowned startup competitions is one of the greatest honors that we’ve received as a company. Our team is proud and excited to have been selected among so many worthy applicants.” The competition will be held from July 30 – August 1 in Ithaca, NY and will feature six winners with one grand prize of $1 million, one $500,000 prize, and four $250,000 awards.

The competition’s goal of furthering economic development in New York’s Southern Tier region struck a chord with EMPEQ’s President / CFO Derek LaClair. He said, “As a company whose three core founders are native to New York State, we are particularly moved to be included in a program so closely associated with the renaissance that we’ve seen Upstate in the past decade.” EMPEQ was founded and currently has major operations in the Southern Tier region.

Incorporated in 2016, EMPEQ is changing the way customers become more energy efficient. We provide modern energy efficient equipment to small and mid-size businesses and municipalities through a subscription service. Our approach will finally bring financial efficiency to energy efficiency because it requires no up-front payments from the customer, removes all ownership and performance risk, and the process is automated, streamlined, and simple to understand.